Since 2003, Rosenberg has been represented in Shanghai (China) with its own sales office and production facility. In 2018, a turnover of 11.4 million euros was achieved. 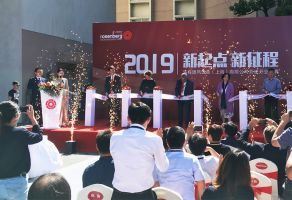 The company started with a 2,150 m² production hall including administration area. Already after 5 years, the capacity limit was reached and the Chinese production facility was expanded by a further 2,100 m². A laboratory and an additional production line for AC motors were created. In 2013, an additional external warehouse with 1,500 m² was used as no additional space could be created at the site. Due to the increasing demand for motors and fans for the Asian region, the decision was made at the beginning of 2018 to move to a completely new, modern and above all larger building with optional expansion possibilities.

The gradual move to the new building in the Songjiang Industrial Park began at the end of 2018. Employees of the head office in Künzelsau were also active in China for more than 4 months in order to be able to guarantee a European standard with regard to operating equipment, production facilities and safety technology at the Shanghai location. Investments were made in a state-of-the-art high-rise warehouse, a new motor and fan test stand and a new dip impregnation plant for motors. In addition, the area of equipment construction and customer service was newly established. 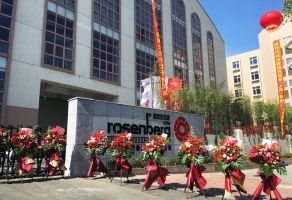 On 24 of May 2019 the new and modern production and administration building was officially opened. The opening ceremony was attended by all 88 employees of Rosenberg Ventilation & Energy Systems (Shanghai), a large number of customers, a delegation from the parent company in Künzelsau, representatives of the German Embassy in China and government representatives from the local Ministry of Economic Affairs.

On an area of 10,000 m², Rosenberg is now ideally positioned for optimum supply of motors and fans throughout the Asian market.

Do you have questions or suggestions?

We use cookies on our website. Some of them are essential for the operation of the site, while others help us to improve this site and the user experience (tracking cookies). You can decide for yourself whether you want to allow cookies or not. Please note that if you reject them, you may not be able to use all the functionalities of the site.